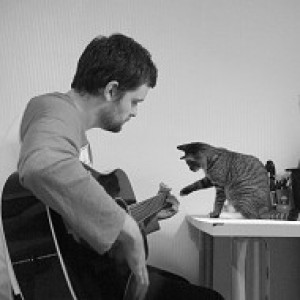 Well, we made it. We're finally in La Habana, and instantly in love.
Not since my arrival in Korea, alone and bewildered three years ago, have I been immersed in such an interesting environment. Surrounded by a strange, scruffy beauty, there are colourful buildings at every turn, and even more colourful people - seemingly the friendliest folks on earth.

Above is a typical example of the area we're staying in, the residential district known as Habana Centro. It's the area next to the regenerated tourist draw of Habana Vieja, Havana's old town..
Cuba is working hard to renovate its plethora of stunning, centuries-old buildings, but as yet the tourist millions rarely stretch to Centro. The result though is a truly amazing place, a giant maze of colourful, faded, crumbling buildings that, for me at least, hold so much more beauty and character than the perfection of the old town. Huge, sixty year old American cars cruise the streets, along with tiny not-so-old European ones. Man powered bicycle taxis weave amid the many potholes, and Cubans hang out outside their homes, watching the world go by, tinkering with cars, or shouting to each other at unfeasibly high volumes.

Actually getting to this point however, was a chore and a half - one that began back in the airport in Mexico.
As we checked our bags at the desk, they asked us for the immigration cards we filled out on the plane over to Mexico, informing us we couldn't leave the country without them. We of course, had long since discarded them, clueless that we'd need them again. And so it was tight buttocks all around and a tense trip to the immigration office, made all the more worrying by the fact that, for reasons unknown, my passport wasn't stamped upon arrival, and thus I had no proof I'd arrived here when I claimed.
But, after much form filling and the world's longest hour, we were given the green light and were on our way.

I'm pretty sure the Cubana Air plane we flew on was made from tin foil and old car parts, but we landed safe and sound nonetheless. We picked up our rucksacks, and proceeded to wander around the dark, sparse Jose Marti airport - clueless as to what to do next.

An unfeasibly tall and equally friendly young man soon came over, saying he'd taxi us to a good casa (Cuban's homes in which they rent out a room) for 25 pesos, which is about sixteen quid. Certain we were being scammed but devoid of other options, we all too eagerly agreed.

To cut a long story short he was a wonderful guy and incredibly friendly - something we've discovered is a national trait here - and he took us to the great casa in which we're now staying, run by a wonderfully helpful, funny and friendly family.

By sunset we were strolling along the seafront malecon, where hundreds of Cubans were fishing for their supper. It was quite the sight and I took some nice pictures, but I wanted to start the Cuba blips with a shot to remind me of our arrival in Habana Centro. Perhaps I'll catch the fishermen another time.