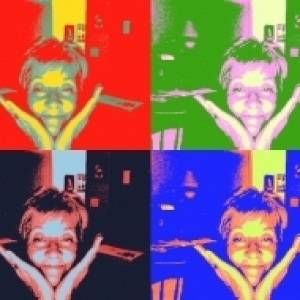 My journal is Journey Through Time and it doesn't seem possible that we have journeyed 10 years since that gut wrenching morning in 2001. The promise of a new millennium was shattered by one man and his twisted dreams of striking at the heart of America. What he found out is that America has heart and soul and spirit and strength. We have a lot of other things that are not good and I'm not proud of, but I hope that this day of remembrance will renew the faith we have in our country and in the people who have made this a strong and vital place to live. I hope our politicians will remember that we must come together to solve our problems and not remain divided. A divided nation cannot stand. Abraham Lincoln was a pretty smart guy.

As a West Coast person, I was asleep in bed when this began, but my husband was up because he was going to work. He woke me up, and I came out on the couch to watch this awful thing unfold on national television. I could barely keep my eyes awake as I'd been up until nearly 3 a.m. on the computer. (Heavily into my genealogy at that time and got carried away, as usual.) I saw that horrendous black smoke billowing out of the tower and I thought, My God that top part is going to fall over! Never would I have thought that the whole building would just collapse. And then the other one followed suit. It was mesmerizing, horrific, impossible, incredible, sickening...all at once. Then the other attacks happened. I called my aunt and said, turn on the TV because we're being attacked. I didn't know how else to explain it. She said, What do you mean, we're being attacked? I said, well, turn on the TV. Then I went back to bed. I was so tired. Those poor people, those poor families. Our poor country, licking it's wounds. All because of the deranged mind of one man.