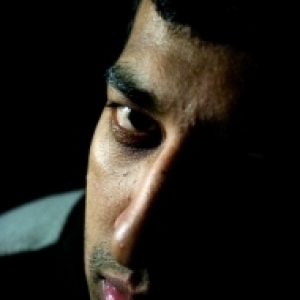 Last night, I was feeling very much burdon on my mind and heart. I tried to light myself by talking with friends but everyone was busy. Some have exams and some have to see the movie. I decided to leave myself to nature and went outside. It was damn cold but stil better than room due to unknown reason. I asked many questions from myself but couldnt get answers. Is this world progressing? Is technology the only criteria to judge progress? If there are other things what are those? Cant this be criteria that how much time human has for other human? Isnt it that overall we are regressing?
After three hours of walking here and there,I decided to record the meomory in blip.but my skills and equipment limitation comes in a way. By passing Kamran's room i have seen his room light on and decided to take his help. The only idea in my mind was to show depression and lonliness which came into reality due to his camera and technical support. All credit of this picture goes to him.The only thing which i m contribtuing in this picture is my depression.