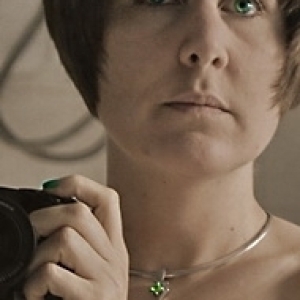 snapped by a curious mind

I was determined to go back to doing real photography blips instead of bad snapshots, but this just had to be my blip.

I was walking the dog and decided to stop at the petrol station to get a coffee, a croissant and the paper. Obviously that's a bit much to carry while walking a dog so I was sat down next to the place I had tied Pippi up, to eat and drink.

I saw this man pull up in the gas station - he was already on the phone, no hands-free here (going across traffic and a busy sidewalk with pedestrians to turn into the forecourt obviously does not neet much attention). I was wondering whether he would put the phone out now that he is in the station, since the security rules say so, but no, he went out and started pumping gas happily nattering on the phone.

When the attendant came out to ask him to stop, he did tell his correspondent "i must go now, call you back in 5" but went on for a few minutes anyway (that's probably the fault of the person on the other side, people ought to learn to hang up fast if people are driving etc.)

Now I know the rule about phones in forecourts is a bit silly since it is an extremely rare occurrence and mostly was with early phones, but still some people think security rules dont apply to them... I bet this man does a lot of things that endanger others for his own convenience.

Glad he didnt drive my brand of car so I could say to myself something wholly unfair like "typical of a merc driver, so self centered". We have a bmw, what can i say, those drivers on average arent much better. We try to redress the reputation single handedly. Yes, we're the one BMW who let you in a lane one day, or stopped to let you cross when it was raining and you were on foot, it was us! Just kidding, i think there's at least 12 of us in this country. The others all seem to be self centered morons.

PS: our car is 11 years old and not the shiniest for it - we bought it 4 years ago and used it LOTS - but where else can you get such a comfy car that's so nice to drive - and with all the international driving this year to see my mum we were very very glad of it - and does almost 35mpg we will keep it as long as it's willing - probably another 100000 miles. Now that ends up being value :)

enough silliness about cars, have a nice day everyone, today we are finishing to clean and going back up to leeds. Will be back down on monday to hand the keys back, and that's it for London living this time around. Till the next job I fear, since almost everything is down here...

1. I told Mr curious when it was time to buy a car that what we wanted was a series 5 diesel manual if we could find one. I think he went and read up on loads of car makes and models, then agreed to follow my suggestion. After he drove it a few days I knew there was no going back, and renting a ford on holiday always makes him comment how much he enjoys driving our car... (rentals always seem to be ford. and ford are nice cars but the BMW motto at the time our car was made was fahrvergnugen and it fits). So our next car is very likely to be another used BMW

2. I agree with captaincharisma about how moronic it is that he was on the phone with a passenger. Not only the politeness factor, but the idea that HE HAD SOMEONE ELSE WHO COULD ANSWER, and say "he's driving he'll call you back but can i pass him a message?"

3. Very possible all 12 are on blip! But we do notice that people expect us to not let them in, to cut in front, and do other uncourteous things - you notice it in how careful they are - and sometimes how surprised they are.

4. I agree with Postie, I remember a test where they filled a caravan with high amount of gas fumes and about 20 or more mobile phones, rang them all many times, and nothing happened. But if there is a rule and its not too annoying why not follow it (its a bit the same thing as all the electronic device rules on airplanes)