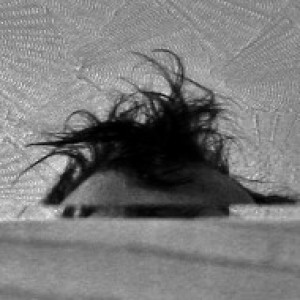 The Moon and Venus

We're quite lucky just now as there are some really good objects in the night sky for us to observe. Mercury is chasing the setting sun each evening, Mars is at a comfortable observing position, and Venus and Jupiter are both in the same part of the sky, after their recent conjuntion mid March. The Moon is also in the same part of the sky as these bright planets.
The young crescent Moon makes a lovely target for any camera with a decent sized lens (50mm is just a bit too small), and if exposed correctly will show the reflected light called "Earth shine" on the unlit portion of the Moon.
As with any astronomical photography, a steady mount/tripod is manditory; this shot was taken with a Canon 350d, Piggybacked on an ST80 telescope, mounted on a heavy CG-5 mount, but any camera tripod would do the same. It's also worth noting that you should always use the remote trigger to take the shot, as pressing the button will introduce shake. Using the self-timer mode also works well.
This exposure has also shown a few background stars; The atmosphere was very transparent last night and made for a perfect imaging run.
Also imaged the moon with venus and Jupiter, which is here