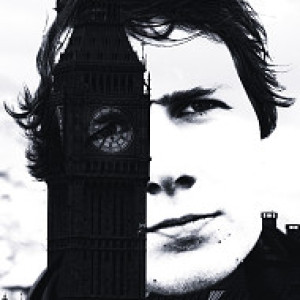 I spent the night editing photos from a work event my mum ran last week and then it got to the point of looking out the window and seeing the stars. I couldn't let this opportunity go to waste, so I shot off to Ullswater and got this star trail which took half an hour to take starting from 12.03. It was surprisingly warm considering the cold spell we've just had, still a little bit of frost though. The best part of making a star trail is watching it come together during the processing, you can see the trails of light growing shot by shot. Luckily I managed to get enough shots in before the clouds took over the sky, it could of been a lot of effort for nothing... although the lake was pretty mystical in the twilight.

All you need to do a Star Trail is a tripod, plenty of memory and Photoshop or Startrails and of course your camera. If your camera has an interval timer setting use it, if not just keep clicking away until you feel you've captured enough movement.

For this shot I used 50 exposures with a three second gap between each exposure to give the shutter time to rest and not over heat or build up thermal noise. Once I'd got all my exposures I put them into Startrails which is a bit of freeware, I shot the whole thing in fine jpeg's for faster processing. When it had finished combining I saved the photo as TIF and brought it into Photoshop for some finishing touches.