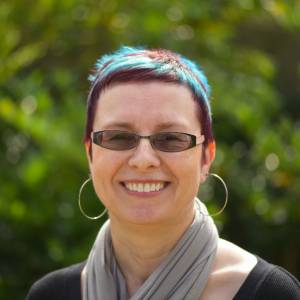 Today was a chore day so we didn’t go out anywhere, but we did get some things done.  So it was out into the garden this afternoon to see what we could find for a blip.

L spotted this lovely, orange spiny-backed orbweaver in our oleanders.  She was working really hard on her web which was not exactly an orb yet, but covered a pretty large area.  I know it’s a female as they are the ones with the spines and the ones that build the webs.  The males apparently just hang around on a nearby thread looking spineless.   This one was less than a centimeter across so not as scary as she might look to some in this photo.  According to one website, “orbweavers' bites are generally harmless to humans.”  I’m not too sure about the use of the word ‘generally’ there.

I had been hoping to find an image for Skeena’s Mono Monday challenge and when I saw this spider was working on her new web, I thought this would do very nicely.  But, as happens to me so often, when I changed it to mono, it wasn’t nearly as appealing to me.  I just couldn’t bring myself to lose the bright orange of her abdomen. So no challenge for me this week, but a very bright orange spider.