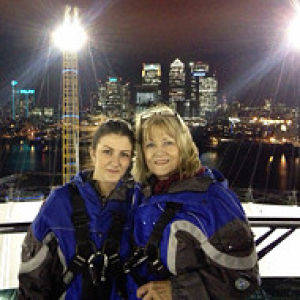 Hooray! In the midst of winter, there are already the first signs of spring looming not too far hence. This morning I popped to the local garden centre, to stock up on peanuts for the badgers and seed for the wild birds that come visiting our garden bird station. The last time I called in at the garden centre, green spears of early daffodil shoots were just beginning to peek up through the grass.

Today there were bright splashes of yellow where many are now already flowering. Snow blankets much of the country, but here in 'Garden of England' Kent the spring bulbs are heralding a spring that can't be too far away.

I wandered lonely as a cloud
That floats on high o'er vales and hills,
When all at once I saw a crowd,
A host, of golden daffodils;
Beside the lake, beneath the trees,
Fluttering and dancing in the breeze.

Continuous as the stars that shine
And twinkle on the milky way,
They stretched in never-ending line
Along the margin of a bay:
Ten thousand saw I at a glance,
Tossing their heads in sprightly dance.

The waves beside them danced; but they
Out-did the sparkling waves in glee:
A poet could not but be gay,
In such a jocund company:
I gazed--and gazed--but little thought
What wealth the show to me had brought:

For oft, when on my couch I lie
In vacant or in pensive mood,
They flash upon that inward eye
Which is the bliss of solitude;
And then my heart with pleasure fills,
And dances with the daffodils.