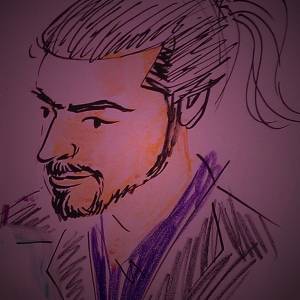 I always liked the Usher Hall, but only recently found out about its history. It was built using money donated by Andrew Usher II, who is famous for more or less turning whisky into a world wide drink. Before his father experimented with blending whiskys together, it was only drunk regionally. But his father's techniques made it possible to create consistent blends that could be made into brands and sold all over the world. With all of Glenlivet's output under his control, and many of the early whisky barons on his board (Jonny Walker among them) he transformed the Scottish whisky industry into what it is today, and gave Scotland another important piece of its national identity. Shortly before his death he gave the council £100,000 and told them to build a public hall so we could all enjoy more music, and here it stands over 100 years later. Here is to you Andrew!