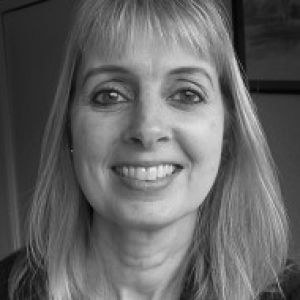 I don't cope too well with hot weather, so I've been wilting a bit today.  And I hear we're in for a proper heat-wave later in the week!  The plants in the garden at Mum's were wilting today too.  In the cool of the evening I ambled about with my secateurs cutting off finished blooms and having a general tidy.  All the roses have been doing really well, as have the geraniums.  Mum's been watering them every evening, which I know is quite a task for her - I'll give her a break from it while I'm here.  The hydrangeas looked very limp when I took a look at them, so I've poured on lots of water in an effort to revive them.

I was going to take a photo of some poppies I spotted further along Mum's road, but on getting nearer I realised they were well past their best and looking quite tatty.  So here'a another pink flower instead,  I had thought they were dog roses, but the leaves don't look like rose leaves so I'm not too sure now what they are.