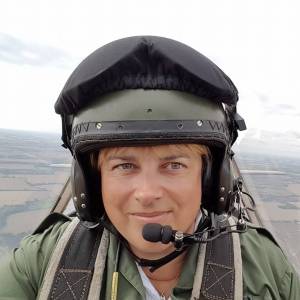 Today was a panto day with a meeting planned to discuss this year’s production – A Peter Pan Adventure  … unfortunately there’s a lot of drama behind the scenes and it’s not even started yet!!
The picture is a throwback to the 2011 panto Treasure Island with Tom (the writer of this year’s panto) playing a wonderful portrayal of Israel Hands. However it is a reminder to me of all the work we did with pirates then, will come in useful for the pirates in this one!
Being a director is new to me and it will be a wrench for me not to have a big part on stage, however I am looking forward to the challenge and there is still a cameo role I fancy in the style of Mrs Overall!! My head is churning over possible actors to fill the roles, some are so easy there really is only 1 person for it, whereas others I have no idea. I am listening to the radio more intently than before to find the various songs needed for the production … ‘Never ending story’ is in the running!!

But before rehearsals for this one kicks off I’m going to be a pig – Pink Lady style for our other groups panto – Jack & the Beanstalk!! “You’re the one that I want”!!!!!!