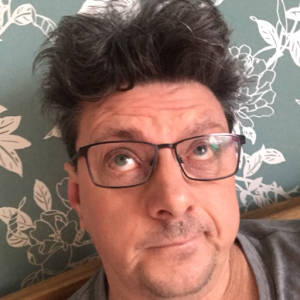 every bloom a wee piece of her soul

As I go out walking these days I'm less concerned with my walking and noticing more the walk I'm on. There are so many flowers out at the moment and I'm lapping them up.
Flowers, of course, remind me of my beautiful gran . She lived a life simply and humbly and was an inspiration to everyone who came in touch with her, in the same way she transformed a piece of land, a space,  a living room into God's own garden by her genius with plants and flowers. She brought grace and beauty wherever she was.
People would often mistake this simple, honest way she lived her life as signs of someone who was a soft touch. She was anything but a soft touch, and had a straightforward steeliness about her that basically meant that if she said or set her mind to something then she would do it. Nothing she said or did was for show. As my granda, her husband, found out early on in their marriage.

Gran was one of a large Irish family that had followed the work to Scotland. Her mother died in childbirth when she was very young, indeed all she remembers of her mother is being held aloft to look at her lying dead in her coffin in a room in the house.
The upshot of this was that her dad, along with the older children emigrated to Brooklyn and left gran and her two sisters in an orphanage In Port Glasgow where she grew up. They were told that when the others were settled in the USA they would be brought over.
This took a long time, and by the time it was gran's turn to go she had met my granda and decided to stay and marry him. Every one of her family were Stateside except her.
So after they got married and a few years passed, gran told granda that she wanted to go see her family. That they could save up a while and go.
"We can't it's far too dear!", he grumbled.
They argued a bit and granda ruled it out as being too expensive. Finally, gran told him she was going whether he came or not. He said to her that she would have to pay for it herself if that was the case ....
So cut to three years later, my gran having got a part time job at the weekend and not saying a thing more about it. They were sitting at the table when she put something in front of him.
"What's this?" he asked.
"My ticket to America, I'm going to see my family."
Needless to say granda had a hairy canary and asked her why she hadn't said anything to him.
She said, " I asked you once, I wanted us to go together and you said I had to do it myself. So I have. I bought this with the money I saved from my weekend work. I'm going in four months time."
The upshot of this was that granda bought himself a ticket and the dynamic in the relationship balanced itself out. He never dismissed or refused anything she asked again.
There. That is what delights me when I see flowers and gardens alight. I see my dear gran and her beautiful soul alive in the hundred thousand colourful blooms. Simple, but perfect. Right there making the day that little bit better.