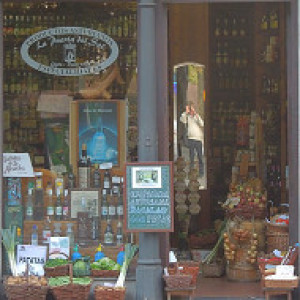 Time to take a few days holiday. After pondering some remoter places, in the end we decided to keep it simple and drive up the coast to the Basque country. We've been west to Galicia countless times but had never holidayed in the Basque country. I'd stayed briefly in both Bilbao and San Sebastian, many years ago, and was looking forward to it.

I could only remember one word in Basque, which I'd learned all those years ago, "agur", "goodbye". As it was planned at short notice I didn't have time to learn much more, nevertheless I increased my vocabulary to a grand total of six words before departure.

In the afternoon we arrived at the hotel in Zarautz (in Basque, Zarauz in Spanish) after the four hour or so drive from Gijón. Checked in then went  out for a walk along the sea front and then on to check out the local tapas bars and fire off "eskerrik asko" ("thank you") a few times.

The picture is looking out from Zarautz beach towards Getaria, the next town along the coast. We decided that tomorrow we would walk there, taking the old route over the hills, where apparently there are vineyards producing a local white wine called txakolina (the "tx" is pronounced "ch").