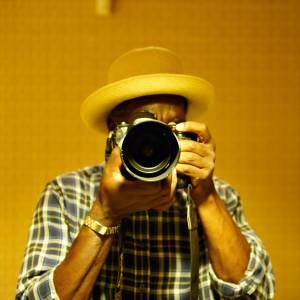 This simple request is meant to elicit a smile from folks, no matter what their age. It has become so commonplace that the word “say” is often no longer uttered. A simple “cheese” is all that's asked and voila, it spreads a smile across anyone’s face, and with a click of a button, that smile - hopefully at any rate - is captured for eternity.

Now, no one can say for sure who exactly coined the phrase “say cheese”, nor can we say with 100% certainty why that particular phrase was chosen. The leading theory, as to the “why” of “say cheese” is that the “ch” sound causes one to position the teeth just so, and the long “ee” sound parts their lips, forming something close to a smile.

(no, that is not exactly what I was thinking when researching this subject originally)

The phrase appears to have been first used back in the 1940s, with one of the earliest references being 1943 in The Big Spring Herald: (and I have no idea where this "rag" is published)

"Now here’s something worth knowing. It’s a formula for smiling when you have your picture taken. It comes from former Ambassador Joseph E. Davies and is guaranteed to make you look pleasant no matter what you’re thinking. Mr. Davies disclosed the formula while having his own picture taken on the set of his “Mission to Moscow.”

It’s simple. Just say “Cheese,” It’s an automatic smile. “I learned that from a politician,” Mr. Davies chuckled. “An astute politician, a very great politician. But, of course, I cannot tell you who he was…”"

It is assumed the “astute politician” he was referring to was, possibly, none other than Franklin Delano Roosevelt, someone whom Ambassador Davies served under.

So, if true, did President Roosevelt come up with the phrase on his own (not bloody likely in my opinion) or did he "lift it" from someone else?  Truth be told, who knows, but anyway, saying cheese quickly became a common phrase for photographers to utter when trying to get people to smile.

So in case you wondered, after reading this, chances are you still are, and if you in fact are, I don't know what to tell you, except you really should get out more!

Really, you should - just a thought -