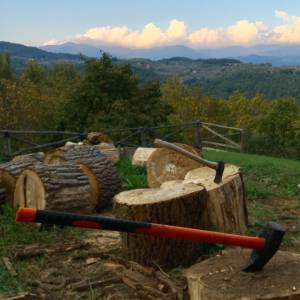 An early start on the Folkestone run and then a latish one dodging the lorries of Operation Stack as the ferries slowed down in the worsening weather. At one point we thought we might be stuck for hours but all was well.

The waves were thumping in down at the Bay. This from the top of an old pillbox that shuddered under the force of the incoming tide.

Fixed the cracks in the lead roof today on a purely temporary basis with flash band and a hot air gun. Lashings of rain coming tomorrow to test it.