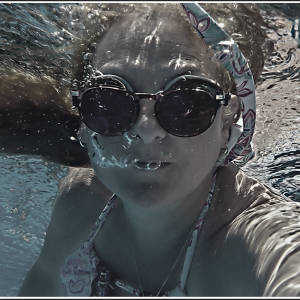 But a squirrel blip nonetheless!

During the Blue Bird program last Saturday we learned a lot about all types of nesting birds .... including the chickadee.  We also learned some not so nice things about the house sparrow.

I didn't not know that the house sparrow is not native to the US but was introduced in 1852 into NYC. Since then it has become very prominent all over the US.  One of the not so nice things about sparrows that we learned is the fact that they will sometimes take over active nests of other nesting birds.  To prevent this from happening it was suggested that when building nest boxes the entrance hole should be made smaller than what is commercially used, which is normally 1.5 inches in diameter.  Sparrows cannot enter a hole that is less than 1 1/8 inch.

R wanted to build some next boxes to attract chickadees and wrens so he built one with a smaller entrance hole.  He put it up last Sunday and today I spotted a chickadee coming and going from it!  How exciting! That didn't take long!!

Today's squirrel picture was taken from the new bird/squirrel blind! Expect to see more blips from this vantage point!