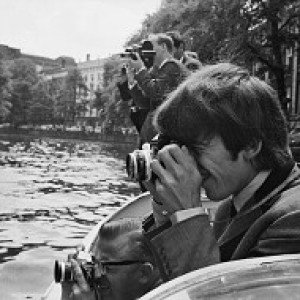 I took my brother to the town of Naarden today, basically because it looks like this . It's seventeenth century fortifications have been preserved reallywell, which is very rare considering a lot of cities used to look like this but got their moats and walls dismantled in later times.
One of the bastions houses the 'Netherlands fortress museum'; what you see here is a demonstration of one of the original cannons. It was fired by a museum guide (although it was prepared by some kids following her instructions) that was a bit of an elderly lady, I wonder if they had such militant grannies at the time the fortress was actually used :) .

Besides, I've been a most terrible blipper lately. I have vacation, work at home in my own time, and I still almost haven't blipped (last two days are backblips). Don't know why, just not so interested right now.