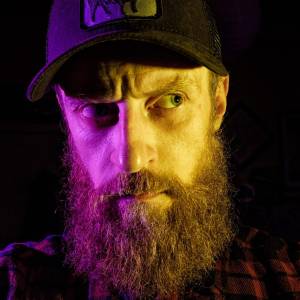 Pushed on with business in the morning. In the afternoon, the weather was making it difficult to stay cooped up in the basement so we took a wander down the road to Greenwich.

They were filming something at the Old Royal Naval College. A huge production with Cranes beaming giant studio lights in through the Windows. There was a small army of extras in period costume sat about trying to cool off between takes. This chap caught my attention having a crafty fag. He's smiling as he'd just informed me it would be "fifteen quid for a picture mate!". I told him I'd send the cheque to his agent.

We googled out of curiosity and apparently it's for a film called Victoria and Abdul, starring Dame Judi Dench. Period dramas aren't really my thing, so I'll probably never see it.

I've actually made use of the extra photo feature on Blip for the first time ever today. I felt I should utilise it at least once, seeing as someone went to the trouble of coding it.