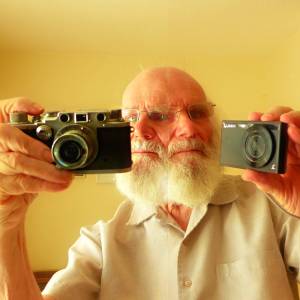 Fiona on the Quayside

Shortly after writing my piece about the diving support ship operating out of Lowestoft, I saw these four vessels moored in Ipswich, where a crew member told me that they were also part of a fleet servicing and maintaining offshore wind farms around the UK and in the North Atlantic, and farther afield when required.

The young lady with the camera, who introduced herself as Fiona, is studying photography at the University of Suffolk on its campus adjacent to the quayside, and while continuing to take shots of the vessels we chatted about the differences in photography today, compared with my early experiences some 70 years ago. I had to apologize to her at one point for slipping back into working mode as a photographer, asking her to "stand there ... look this way", etc., to which she smilingly replied that she did not mind at all, and was still just a little apprehensive about having to develop a similar approach for her chosen career.

It was an interesting encounter which I think we enjoyed equally, in spite of the generation gap and so many technical differences, because as we know, developing confidence and establishing rapport with one's subject is quite as important to success as developing the film once was!