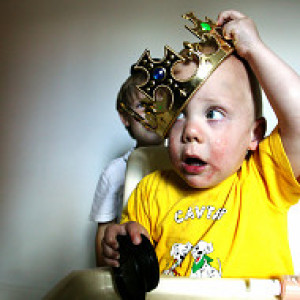 Woke up this morning feeling bleugh... think it was the lost hour and the egg sandwiches from yesterday.
Luckily Emily is alright... spent the morning planning her attack (on her work)
Emergency 'phonecall from Henry's Nursery he had a temperature would I pick him up?
Of course!
He looked awful I took him home in silence calpolled him up and waited for Mummy who had Parent's Evening.
None of the feeble efforts I took of Henry were any good he told me to 'Stop camaring' I did.
So in a panic first time ever so far I blipped my daughter at work in the studio making Shrines.
Early to bed for me I have Henry tomorrow too...