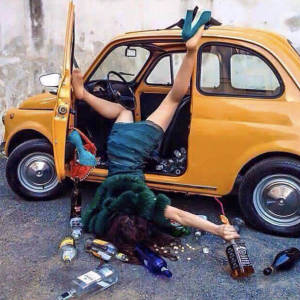 Practical night at camera club tonight, couldn't stay long though as work to do for and aft.... it'll soon be Christmas :))
There was flash photography on a snowman... but I don't have a flash... there was water droplets bouncing into a tray of water... but I don't have a flash.. and I'd forgotten my tripod..... there was a tiny smurf diving into a tank of water... but I don't have a flash..... there was a group out doing light trails.... but I'd forgotten my tripod.....
So panning practice it was - well I got to drive a bit too... well that was fun!  (Said car did have a back spoiler at one point.. its absence is nothing to do with me though!) Just about the only decent shot I got, just as Terry and his team got back from their night shoot.  Rather liked his feet in shot though.