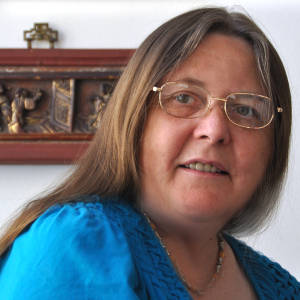 Perhaps you celebrate Epiphany, Theophany, the Twelfth Day of Christmas, or the day before St. Distaff Day, in any case, this is the last official day of the Christmas holiday season. It’s also the day that we take down our wreaths. Here is one of a pair of wreaths which grace our wrought iron gates. It was made from greens from the garden: fir, spruce, pine, chamaecyparis, variegated holly, cedar, and juniper. We bought a wreath clamping machine this year and had great fun making wreaths for ourselves and friends.

A bit of spinning lore for those who don’t know about St. Distaff’s Day. The thirteenth day after Christmas, called Roc Day, was a mock return to work after the festivities, a teasing and courting day.  There are many versions of the celebration of Roc day. In the 1600's, Robert Herrick wrote a short poem on the English customs, called St. Distaff’s Day. Young women went back to work with their spindles on St. Distaff day, but young men didn’t return to the fields until Plough Day, the first Monday after the twelfth day. This meant that the lads would be free of work and able to tease, play pranks on, and court the object of their affection.

In the Germanic tradition, no wheels were to turn during the twelve days of Christmas as the vestigial German goddess (Holle/Frick/Holda/Berchta, depending on the region) forbade it. She rode the winds, white-clad in her wagon pulled by dogs during those days checking to make sure that every woman had finished spinning her flax before Christmas. If not, the white goddess would tangle or burn the flax on the distaffs and punish the women for spinning during the sacred twelve days!

By the way, St. Distaff is not a real, church-sanctioned saint, just the customary name for the day.