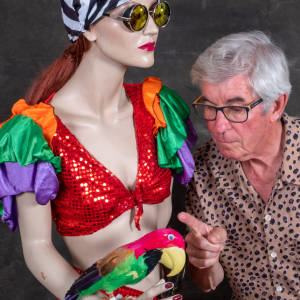 A slow start with the paper, reading up all the Trump stuff and trying to take a view. Now, there is so much about what an ar*e he is. And he does seem to be, yes. On the other hand he was voted in by a democratic process, wasn't he. And lets just watch as he gradually discredits himself. No need for us to shout from the sidelines, just give him enough rope...

And then speeded up with my lovely Julia and her Tom coming round for lunch. Such a pleasure to see them.

And then slowing down again in the evening - nothing on the telly so it was on with a CD of Fauré's Requiem that I was given for Christmas. Very calming. Not that I needed much calming.

Oh, and here's a moral dilemma, Blipmates: I'm doing a dry January so there was only one of us drinking red wine with lunch. And it was a Malbec and there is quite a bit left over. Now, rather than waste it do you think it would be OK for me to have a glass with dinner on Sunday? Or would that cast me in to the fiery furnace? You wont snitch on me, will you?