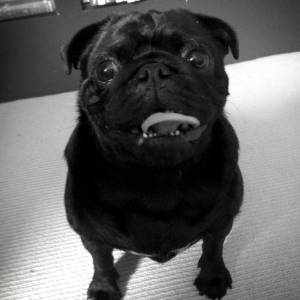 An early start, although not for Eve who still has a very high temperature, and then a morning for me spent writing about joinery and cabinet making.

Finally finished that and went out for a wander with the mutts. I decided to give the spooky Yew trees another chance and went for a wander underneath them. Glad I did as I literally stumbled across this old Wallyford Brick and decided what I needed in my life was to start building a collection of old bricks. This is the first. I have my eyes on another at the bottom of the back field, if you're lucky I might blip that tomorrow.

As if that wasn't enough excitement for one day I made a soya mince Mexican/Italian fusion meal for tea which went down a storm. Except for Eve who hasn't left her bed all day. So, Joe regaled us with stories of day two of his fire fighting course.


James Burns was manager at the brickworks from 1960-72; in an otherwise undated and unattributed document held at Musselburgh Library, he described the process of brickmaking at Wallyford:

‘The red clay ‘blaes’, a poor quality clay, was brought in from various coalmines by rail and deposited outside. It was uplifted by mechanical shovel (Chayside) onto a conveyor belt, then fed into the crusher. The crusher broke the clay into pieces about 3″ in size. From there it was carried up into the mill where it was ground into dust, and then put through a screen. This dust was mixed with water in the ‘brick machine’. It was now ready to be pressed into bricks.

The brick table had 16 moulds around the outside. As the press came down into the mould, it formed the brick shape and printed ‘Wallyford’ on the brick. It was then pushed out as the table revolved and loaded onto a pallet by hand. Each pallet held 398 bricks, which were stacked into the kiln by forklift, but the last few pallets were stacked in by hand. The kiln entrance was then bricked up with ‘burn’ bricks and plastered with a mixture of sand and clay to make an airtight seal.

The kiln was gradually fired to a temperature of 1000º. This allowed the bricks to dry out first, before baking, preventing them from cracking. The whole process took around 11 days.

Wallyford had one continuous kiln which held around 11,000 bricks, and four square ‘intermittent’ hand-fired kilns which held between 25-30,000 bricks.

The bricks were transported by rail or lorry to wherever they were required. Over the space of time, Wallyford bricks were used in many buildings including some of the Boggs Holdings in Pencaitland and Wallyford Miners’ Institute’.