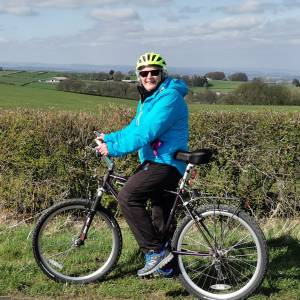 ...as long as they're not all figs...
Don't know about anyone else, but I reckon I get to 5 a day most of the time... but not sure I could make it to 10 unless I ate ridiculous amounts of fruit!

I enjoyed my last week hosting Derelict Sunday for a while – AngelsShare is taking over for the first three weeks in March ( I’ll do the last one unless anyone else is offering! ), then Marlieske has agreed to cover April, and Freespiral has volunteered for May. If anyone else could step up to cover a couple of weeks, or even a whole month, later in the year that would be great!

There seemed to be a bit of a house & garden theme going this week – planters, pots, sheds, wheelbarrows, overgrown seats and even outside netties ;)

I’ve had to be very strict with myself to limit my list to only five, but my Derelict Hearts, in no particular order, go to:

Looking back over February, I’m quite pleased that I have given hearts to different blippers each week, though I didn’t set out to do that deliberately. Of course, I could have given many more hearts if I was allowed...

Don’t forget – next week’s tag is DS71, and AngelsShare is hosting.