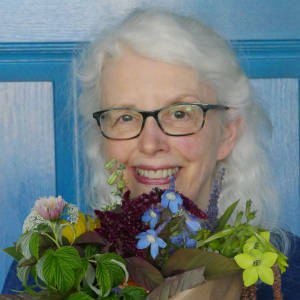 I dressed in red today for International Women’s Day, but didn’t leave the house, as I was deep into old photos and family history after receiving an email through Ancestry. com yesterday about a family connection.

I wonder what the woman in this trio of photographs, who died more than 100 years ago, would say if she knew that two of her great-great-granddaughters, living on opposite sides of the United States — 3,300 miles apart — discovered each other’s existence yesterday?

Cynthia Mary and Lucy Jane's mother, Rosalie Virginia Johnson (1838-1911), pictured here at three different points in her life, was the wife of Andrew Jackson Grayson (1831-1910), a captain in the Confederate Army. They lived in Virginia, and had nine children, the first of whom was born three months before Rosalie’s 19th birthday. One daughter died the day she was born, a son died at one month, and another daughter died a few months before her 20th birthday. The other six, despite several of them being born during the turmoil of the Civil War, enjoyed life spans of 58 to 79 years.

I featured Rosalie in one of my early blips, and thanks to blipper musings, I quickly learned how to improve my genealogical research skills. I treasure these photos of my great-great-grandmother Rosalie at three different stages of her life, always with the same serene expression.

And sometime this year, I may be able to read her own words, as well — my newfound cousin P emailed today that her mother has Rosalie’s diary! It’s extremely fragile, she noted, but she’s hoping to scan or photograph the pages and share them with me.

Rosalie’s basket (see link above), these photographs, and her diary have been passed down from mother to daughter for more than 100 years. May they be treasured for many more!


(Note: The embroidered, bright background for the photos is a peek at a “crazy quilt” made by one of my other great-great-grandmothers — another family treasure.)