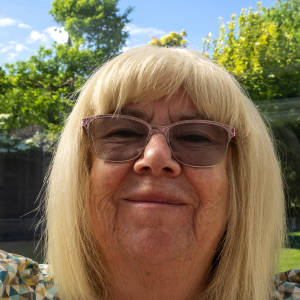 . . . . yesterday I obviously had too much time on my hands and after the bleak news of the morning decided to do something different.  KG and I (probably more me )quite like having little creatures around the garden.  The kingfisher is quite close to the pond and brightens up a dull spot.  He was bought on the spur of the moment and I must admit I like seeing him there.  Well when I decided to do him to brighten up my dull day I dding think he would be mistaken for real so apologies to all the people that thought that I had a kingfisher visiting my garden.  In fact we have two ducks one of which is in my blip, two owls and a kingfisher numerous solar lights.

It has been a wet day today and I have been hard at work at my sewing.  An earlier blip today as it is the last camera club until September - the club prints an image for the end of year, we have the presentation and a buffet.