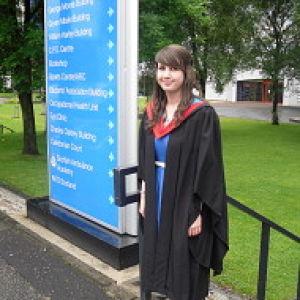 Just now, the boyfriend and I are living in separate cities. He in Glasgow, me in Stirling. It's only half an hour away, but y'know, we both have jobs so it's not like we see each other every night, or even every second night. I go through when I'm off the next day, and he comes back at weekends. It's not the hardest, I know other people have it worse, but it still doesn't mean I miss him any less.

Aaaaanyway, he was terrifying me with this effect on webcam. He reminds me of Brain from 'Pinky and the Brain', and he was pulling gruesome faces which made it scarier! He also had a big, well.. bigger nose at one point, and also an enlarged face. And then skype failed and that was the end of webcam fun times for the night haha.