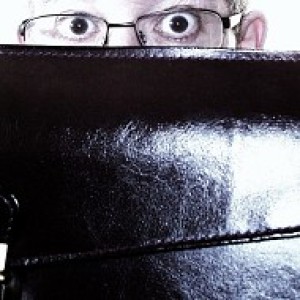 Overall it wasn’t a terrible journey
but for a sizeable chunk of it
we were following one of those
farty little red cars.
It was travelling at about 30 to 40 mph,
although the speed limit was mostly 60.
I guessed it was being driven by
a tiny white-haired barely visible ancient little lady,
a teeny-weeny old dear
who could only just see over the steering wheel,
and when we did get past her, eventually,
overtaking on the only bit of really straight road for miles
but with a bend coming up,
I looked over, and sure enough
there she was,
peering steadfastly ahead,
gripping the wheel,
as real as I’d imagined her.
I wouldn’t have blamed her
if she’d turned to sneer indignantly at me
and given me the V sign
(or, better still, a single finger)
for calling her an old dear
(for she’ll be a woman with a past
who’s lived a life
and done all sorts of interesting stuff)
but she was too intent on keeping
her eyes on the road
to notice another car passing by.
Anyway, the result is
we arrive a little later than anticipated,
hit a bit of unexpected traffic on the outskirts
and reach our destination in the dark
- all the headlights and vehicle shapes
being reflected in the city’s windows.
All the extra twinkling lights at this time of year
give our arrival a Christmassy feel
and it’s nice. I assume that little old lady
(she’s shrinking the more I think about her)
is still on the road, her own Christmas
miles away. But Christmas is still over two weeks off
so she’s plenty of time to get there.
I hope she has a safe journey
(at her speed the journey will be long
even if it’s not far)
and that when she arrives
there’s a garage for her car
and a turkey in the oven
and high in the sky
a bright welcoming star.
She’ll deserve it.