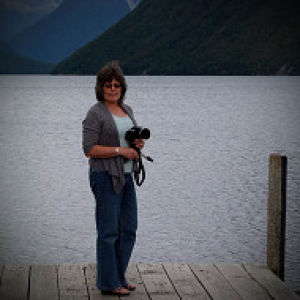 
Christmas Day is almost over for us in the Southern hemisphere. It has been a quiet and peaceful day and thoroughly enjoyable.  We ate too much and almost melted in the heat of the hot sunny weather.

The 12 Days of Christmas start on Christmas Day and last until the evening of the 5th January - also known as Twelfth Night.

Very recently I read an article about the meaning of the well known song “The Twelve Days of Christmas” so I thought I would record one each day for the next twelve days.

Today I include the fascinating reason behind this song - taken from the book A Classic Treasury - Carols & Stories.

It is thought this song was written for the early Roman Catholics of England at a time when they were forbidden from openly practicing their religion. The carol was created so children could secretly learn about the christian faith while just seeming to be taught a song.

The words in the carol are like a secret code, with each object in the song referring to a tenet of Christian faith. In the carol, the words “My true love” refer to God, and the word ‘me’ refers to the Christian. So, the line “My true love gave to me” refers to the gifts given by God to Christians.


So, the first day of Christmas was “a partridge in a pear tree” and this refers to Jesus