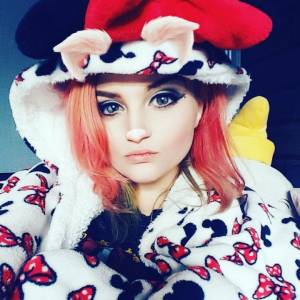 It's currently 8:40 am, and I've been having some new ideas for my blip journal.
I really want to keep up with this daily writing that I've been doing, but I know that my Summer break from University is coming up (next week is the final taught week to be exact) so from May 5th to May 21st the only thing I will be doing (other than Date Nights each Saturday) is revising for my Renaissance exam on May 22nd. Additionally, once my exam is over, I'll genuinely have nothing to do for the entire Summer, probably all the way until University starts again in October! Obviously, this discludes all of the Date Nights each Saturday but one day a week isn't going to help fill an ENTIRE five months of "interesting" blog posts. I have applied for some Summer Internships but I think it was too late and the ones I applied for are full up, so I could maybe look for Summer temp-jobs?
I could also go to visit my parents (and the pets) and there will be a few good things for me to write about, for example, I'm planning on taking up a few hobbies, the lease will be renewed soon, I'm hoping to bring Alani back home, and a few other bits, but it won't be enough to keep myself occupied for the whole time.
For this reason, I've decided to work on "filler" themes for the days that I miss out. I've already been planning a few as I think I might practice doing this in terms of days missed out last year, just to see if it works.
This is what I have so far (the months are important, I haven't just randomly selected them):
January: Pet Photos
May: Museum Trips
June: Date Night Photos
July: General Date photos
August: Family and Friends
September: Review Month (could be books, make-up, food; anything)
October: Richards' month (since it's his birth month)
November: My month (since it's my birth month)
December: Pets again (because I have very cute festive pictures)

If anyone sees this and can think of any fillers I could use for the other months please let me know! I'm 100% down for suggestions.

I was also thinking of writing short stories, or even just including little extracts from ones that I have already written on each of these fillers, so over time the whole story will be completed over the entries. I was thinking of doing this because it'd be nice to use my blank/empty days to be a little bit creative! I was also thinking of adding my old English work to it, I have some really funny and some "decent" ones from my old English books from school that I was thinking I could share. I don't usually like my work being read but now it's many years old I don't think it really matters!

So, there are my plans for the future of blipfoto.

I don't really have many plans today, I have University from 12pm-1pm and then I might be going with Richard to get his screen fixed, and knowing our poor ability to not impulsively spend everything, we'll probably end up looking around the stores too. That is, if I do go, I did mention that if he wanted to go earlier than after 1 pm to go without me! So that might be a thing. Other than that I'm not too sure what I'll do with my day, I might start up some of my Section A and Section B revision today along with all the close readings for the Communications essay, given I'll be spending a fair bit of the Sunday trying to write it!

Richard didn't know what to do for date night this week and I excitedly asked to go to Build-a-Bear because I am OBSESSED with bears, and it makes it so much nicer to select the one you like, have it filled in front of you and even pick out some little accessories for it. I really hate that people associate it with children because I honestly love the place! Maybe I'm just a "giant" child. (I am only tiny physically so maybe giant is a bit of a push).

Anyway, that's all for now, I may have a few updates later but I highly doubt I will today (I am kind of dreading proof-reading this now because I just rambled like an idiot)!