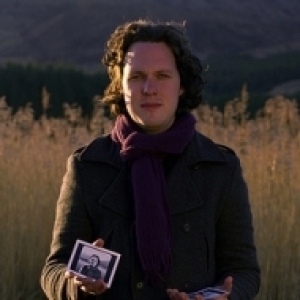 As Hurricane Sandy caused devastation on the Eastern US seaboard, I spent the day in the rather dreich town of Motherwell, with an all-together more friendly Sandy - the photographer and editor Sandy Sharp .

Sandy is the man behind Scottish Photographers, a collective of like-minded individuals who are members of an organisation which promotes contemporary photography in this country.

A Fellow of the Royal Photographic Society (FRPS), Sandy has for many years been one of the key individuals helping to promote the work of up and coming as well as more established photographers through the magazine Notes ( a nod to Alfred Stieglitz's short-lived Camera Notes), various portfolio reviews, and workshops such as the Inversnaid Weekends.

Sandy is also an incredibly accomplished photographer in his own right, and his images of the desolate Ravenscraig Steel Works (Another World) were the subject of an exhibition at Street Level in 2003. He has also authored several books (you can still get these on Blurb) and his prints are absolutely wonderful - I spent quite some time today admiring these, especially his Winter Landscapes and his views of 'Darkest Lanarkshire'.

Sandy has always been very supportive of what I do, and for that I'm extremely grateful - my work has appeared in many editions of Notes, and he has always been the first to give me honest and direct feedback on what I'm doing.

Sandy is now stepping down as Editor of Scottish Photographers, a role he has spent over a decade in, which will allow him more time to work on his extensive archive of imagery - hopefully with the intention of more exhibitions & book publications.

This of course means that there will be a new editorial team at Scottish Photographers, which will consist of myself and the wonderfully talented Alicia Bruce - We have some pretty big shoes to fill, but we hope that our first Edition of the Magazine (Due Spring 2013) will live up to the high standards Sandy has set...

Notes: Image made on a Lumix LX5 - I'm trying to get used to using Digital cameras again (it's been a while!)