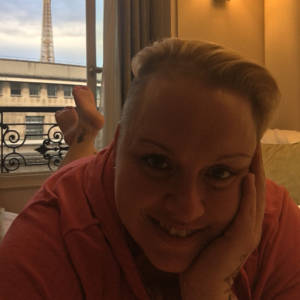 Today was not my day. Waking up feeling ill on a day when I had to travel from North to South wasn’t the best start, but I was looking forward to relaxing in First Class.

Shortly after waking up my mobile crashed. Despite several attempts to restore it tonight, it remains dead. I have to go to an Apple store tomorrow to see if anything can be done.

The air con, on the train with no windows, was defunct for half of the three hour journey to London Euston, rendering the passengers delirious with high temperatures and zero fresh air. Couple that with travel sickness and I endured a very rough ride; so rough that I would’ve gladly chosen immediate death in preference to another minute of that overwhelming sickness..

Eventually, mercifully, that First Class ride from hell ended and I continued my journey to my bezzie’s. £60 of Boots’ pampering products later (to make me feel better) and I am here to catsit my furry nephew, George, while my mate goes away for the week with her folks.

And my watch stopped.

The tech can be fixed, or replaced, but I never want to feel the way I did earlier ever again! I live to endure another day.