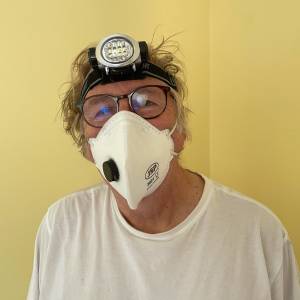 A day out round the town, through the splashing rain on a secret mission. Which ended with me sheltering in the Filmhouse and watching BlacKkKlansman. As entertainment, great; as a Spike Lee film, maybe a bit fluffy, right up until that ending. Yikes.
Later, out with L&P to Dishoom to receive my burrday pressie! And for the SK to receive hers too - though she’s not allowed to open it yet. No bar however on being allowed a free dessert on the house.