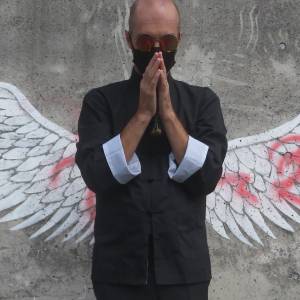 At No.15 in my Sony Walkman Countdown, with 36 songs, is the inestimable Kate Bush. A singular artist with an uncompromisingly personal and idiosyncratic vision who somehow, with no concessions to fashion or commercial demands whatsoever, manages to produce music which is both popular and groundbreaking. She has also managed to do this whilst successfully maintaining a completely private life. I think if Lady Penelope were a pop star, she would be Kate Bush.

My favourite anecdote about Kate Bush is from Andy Bell from Erasure. He said he once visited Kate Bush at her home and he was really impressed by the fact that she made a cup of tea for them using a china tea pot, tea leaves, strainer and cups with saucers. Thank you, Andy, that is all I want and need to know about Kate Bush, apart from, "Did they eat jam and scones with that?"

Yesterday marked the eighth anniversary of the dreadful tsunami and earthquake which devastated the coast of Tohoku eight years ago. To honour the memory of the more than 15,000 people who lost their lives that day, I will link to two songs from The Ninth Wave.

And, as a reminder that life goes on even after the most tremendous tragedy, Morning Fog.