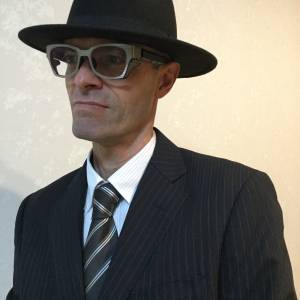 A change of pace from yesterday, I went to the Impressionism And Beyond: Master Paintings From The Yoshino Gypsum Collection. Interesting; one doesn't normally associate gypsum mining with fine art. Apparently, the founder of the Yoshino gypsum mining company was a devotee of fine art, particularly European Impressionist art, and he began collecting paintings and opened a gallery so that he could share his collection with the public. His heirs have continued that tradition and a few years ago opened an academy for aspiring artists.

Although this exhibition contained only 72 paintings from the Yoshino collection, there were some very fine works to enjoy. My favourites were the Monet's (including Water Lillies 1906, Undergrowth In Saint-Germain Forest and Charing Cross Bridge, The Thames) and the Pissaro's, especially The Pond At Montefoucault, Effect Of Snow. The Chagall's and the Picasso's just don't appeal to me (never have, I'm afraid), but Kandinsky's Moderate Variation was another favourite of mine.