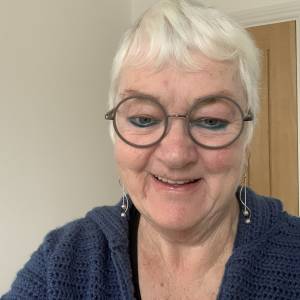 Operation Hardtack was the name given to a series of commando raids by British troops in December 1943.
It was a disaster with a land mine being set off and Pte Andre Dignac and Cpl. R Bellamy were killed in action.

From Claudine Cormerais " I'm a french woman, who discovered, few months ago, that my father's cousin started from France in 1940 aged of 20, and was engaged in Naval Forces of Free French in January 1941. My "little" cousin, Andre Dignac has been in Ayr, Criccieth, Achnaccary for hard training in 1BFMC of 4 commando, then, after selection of the groups, he had join the No.10 Commando Inter-allied. In December 1943, there were two raids for Sark Island, the 25th and 27th. During the first they had to return in England because it was too difficult to climb the cliffs.These raids were named Hardtack 7. I remind to you that Andre was named " Tarzan " among his troop because he was a special and trained climber; always the first, the pathfinder for climbing the very high cliffs and assure the others guys following him.The second raid two nights later, was difficult, but they climbed successfully on the top of the cliff : unfortunately they entered a minefield ; Roger Bellamy died immediatly and my cousin Andre Dignac badly wounded ; he received some morphine but died just after. The english officier Lt. McGonigal was wounded, and the raiders had to return very quickly to the dinghy because the noise of the mines woke the deutsh troops. Roger and Andre lay in the minefield, both died and were buried by germans on December 27 and Sark's population noted where that was. After the war, a memorial has been built for their memory. If you have some details more, I'll be so happy to know it "
But there were also some less serious aspects. They had intelligence that at the top of the cliff was a machine gun (the technicalities are not my field of knowledge so not exactly sure what sort of gun they expected) but what they found was a rusty old cannon which is still there today!

On a lighter note last night was the first at the Guest House in Sark and a mosquito got I. Because the window was open. It’s nigh on impossible to sleep with the buzz of a mosquito but I finally dropped off. I woke up to find my legs bitten to pieces. But as I type this on Monday I can say that the mosquito did not bite me once. The itching was giant hogweed burns. This is the second time this year that I’ve managed to walk into Giant Hogweed. And the effects are long lasting. The two worst patches from earlier in the year flared up during the latter part of my Cardiff trip when there was a lot of sun. Those have now healed but the new patches are still itching, blistered and weeping. I really must check what this ghastly plant looks like and avoid it because I believe the after effects can last for years and flaring up when exposed to the sun.