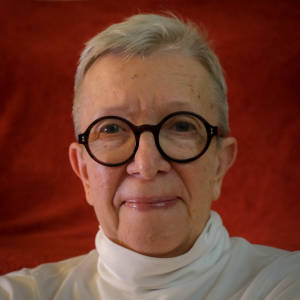 Today was the thirty-third “Feet to the Fire” protest organized by the Pacific Northwest Family Circle. They are families and loved ones of people killed by police—demanding police accountability, demanding a district attorney who holds police accountable for their violence. The Hayes family, the Kalonji family, the Gladens, the Kimmons and Winstons, on and on. Mothers and grandmothers, best friends and cousins. Over the years they have evolved a ritual: red heart-shaped balloons with the names of people killed by police (througout the USA there are thousands, more police killings than died in the Towers on 9/11). Chalking the names and drawing hearts around them. Hanging photos like prayer flags. And speaking through a portable microphone.

Today Maria Cahill (who has no children and has never lost anyone to police violence, but who devotes her life to being an ally to those who have) took the microphone and told the story of Christopher Kalonji. His mother Irene is the woman with the hat that says P.O.S.T. (Protect Our Stolen Treasures). After listening to Maria’s version of the story, Peggy Zebroski went over to comfort Irene and began to cry, so Irene ended up comforting Peggy.

After about an hour of making photos with the group, I began to feel dizzy, sweaty, weak. I went home, rested a bit, and then had a call from my doctor, who was concerned about a blood test I took yesterday and sent me to the hospital for more tests. I’m really tired now and will post this and go to bed. Tomorrow is the worldwide Climate Strike. I hope I see lots of blips of actions all over the planet.