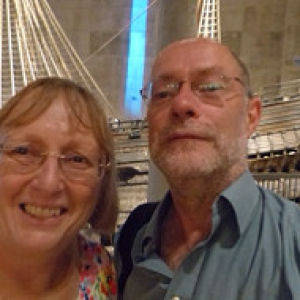 I must tell you that I love Olympus  Camera People.  Having gone to bed in despair at ever having to use my camera again (Slight exaggeration), And having read helpful emails from LooseCanon and Chantler63, I sent an email to support at Olympus at about 3am telling them my story of woe.  By 9am I had a reply from an extremely efficient and knowledgeable man at Olympus who suggested that I was probably confusing things with my AFL/AEL lever and I should try putting it onto the other number and then cancelling the reset I had done from the Youtube video.  He also suggested checking battery and trying a different lens.  I did all this and hey presto camera now comes on!  BUT then I asked him about sorting out how to reassign my front and rear dials from the strange things they were doing.  He sent me some instructions and all was well!  Fantastic!

And now I am doing my first Blip from the camera since the start of February.  It's taken a bit of a refresher but it's a start.

Hope you have all had a good day.

This is a bluebell from the bottom of our garden.

Oh.... AND  I had an impromptu Zoom meeting with Chantler63 once I managed to invite her to join me.  I think she was very relieved that she didn't have to sort out all my camera miseries for me!