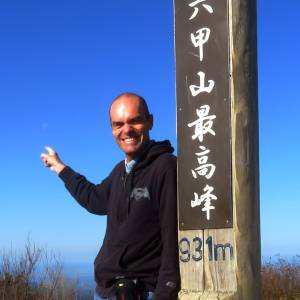 Getting In The Zone

Tomorrow I plan to scratch something off my bucket list. I have always wanted to run from my home to Himeji - about 75 kilometres - so I am going to go for it tomorrow. It's a distance I have run several times before, even up and down mountains, so on the flat along the coast should not be too hard. The heat will be the biggest challenge, I reckon.

Anyway, I finished reading Cixin Liu's The Supernova Era this afternoon. A great premise - children thirteen years and younger inherit the Earth after a supernova destroys the chromosomes of everyone above that age - but the follow through was rather disappointing, becoming pretty ridiculous as if the author decided it would be too difficult to create a realistic scenario of such a world and decided instead to plunge into broad satire. I felt the same kind of disappointment that I felt when I saw Independence Day at the cinema; a film that I thought was going to be a realistic look at what the world would be like after an alien encounter, but instead turned out to be an expensive B-movie. It has to be borne in mind, I suppose, that The Supernova Era was written in 2004, so clearly Liu was still a fledgling talent who would later become the master craftsman who would create the incredible The Three Body Problem trilogy.