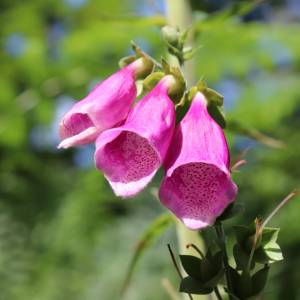 The seasons move on

The Blackberry leaves are looking bashed about and well weathered after so much rain and wind but  the fruit is forming. It's a sign that the year is progressing. Blackberries always make me think of September! The weather is certainly more like early Autumn than mid July.

Absolutely poured down till gone 4pm. I walked Fletch up to the park in drizzle but it became steady rain. Despite him wearing his coat he was looking very bedraggled by the time we came home.  My new ish Paramo wet weather trousers let in at the knees.. as do my older pair as well. Really annoying considering how much I paid for them.
I still have a pair I bought in 1995 which are still waterproof but they are huge ( They only had mens in those days) I think EU regulations  banned the type of proofing chemicals that actually worked!)

Did a bit of the Lockdown jigsaw. I've not touched it for weeks . It's become a bit of a challenge now. I shall persevere.

The rain went and Fletch and I walked up by the dock, where we saw the somewhat battered blackberries.

Today it is M and I's "When we met" anniversary. 49 years! This is quite a shock as I only feel in my mid 30s. Time flies when you're having fun!
The seasons do indeed move on