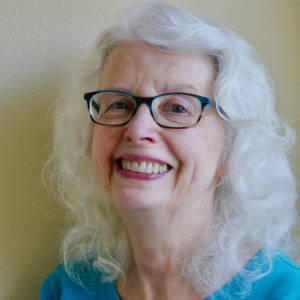 My father, David William Hill, wrote this letter* to his parents in July 1920, three months before his 14th birthday, while in Washington, D.C. with his maternal uncle, David William May, for whom he was named. They had traveled by train from Smithville, Missouri (population 782) to the nation’s capital (population 437,571), and after his uncle’s business there was finished, they were going on to Puerto Rico, where his uncle worked.

I awed at how confidently young David explored Washington DC on his own, as is evident in this letter and two others I may share later. The Hotel Harrington still stands in Washington, DC; the transcript of this letter is below, and the extra photo is page 2 of this letter. I’ll share more information about the two Davids and how I came to have the letters in a subsequent blip.

Well I visited the Capitol, two National Museum and Washington Monument today. It sure was a fine trip. Starting at the beginning I will tell you about it. First I went to Washington Monument and got in line. I waited until my turn and then went inside to the elevator. The operator turned on the power and we went up very slowly. The thing is 555 ft. high. When we got to the top I got off and went to the nearest window. I could see all of that part of the city. Then I went to the next windows and etc. There was an awful good view. I located the Capitol, W.H. [White House] and all other points of interest. Look out one window and there was the Potomac. Look out the opposite window and you could see the Capitol, Library, Executive Mansion. After I came down I went over to the [Smithsonian] Museum. It was 12:30 when I got there. I saw all kinds of things there such as animals (stuffed) from elephants to mice and birds and etc. Next I went to the art gallery [National Gallery of Art] and spent half an hour there then I went over to the old Museum and staid [his spelling] there till two o’clock (I got two sandwiches and glass of milk for dinner.) Then I went up to Uncle Dave’s office. Then I got a car [streetcar] and went out to the Capitol. There I joined a party going thru the Capitol. A guide went along and explained every thing. The places sure were pretty. We went into the Senate Chamber and House and the gold Room and into Statuary Hall and while there I saw the two statutes of Missouri: They were of Benton and Blair. He [the guide] asked each of the party from which state they were and then showed them their state’s statue. He asked me and I said from Mo. [abbreviation for Missouri]. He said, “Well I want to shake hands with you because I from there too.” In our party there were two from Minn. [abbreviation for Minnesota]. There is no such other pretty place as the CAPITOL of the U.S.A.

Will write more tom… [too tired to write “tomorrow”?]