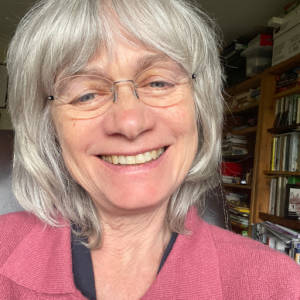 Today really didn't go as we had expected... We knew the weather forecast was dire (heavy rain and strong winds), and so we'd planned a day of catching up: some household jobs, some photo editing for me, some writing for Richard.
All that changed when I wandered downstairs at 6.20 a.m. to make a morning cup of tea... saw the kitchen window hanging open and the back door unlocked... The teapots and other bits that had been on the windowsill were rather neatly placed on the lawn outside.
First thought: we've been burgled! Second thought: what if they are still here...? So it was a quick dash back upstairs to alert R, then  a 999 call.
It was rapidly obvious that what had been taken was Richard's wallet and keys; they had been visible from outside the kitchen window, and were perhaps the reason why the unwelcome visitors thought it was worth breaking in. A quick look out of the window revealed the unsurprising sight of an empty space where R's car should have been.  Later we found that there had been an unsuccessful attempt to jemmy open the patio door, before the window was forced (an easier task).
In some ways we were lucky. The wallet, keys and car were enough; no one tried to explore further in the house, or to damage anything inside. Or to hurt us. Evidently we and our deaf, aged dog slept through the whole thing.
Now we've had a day of giving statements and seeing emergency locksmiths etc; the kitchen window is firmly screwed shut.  It will mean a whole new window frame and new patio doors, as in both cases there's quite a lot of damage to the timber.  We aren't optimistic about the car being found in any usable state, or perhaps at all. It's a bilious green colour; it really stands out.  Not the obvious car of choice for a thief. Not new, and not particularly valuable - other than to us.
I'm left feeling relieved that it wasn't worse... and, mainly, sad. Our quiet, unremarkable neighbourhood has had a spate of burglaries and near-misses recently: men in caps or balaclavas spotted peering through windows, or trying door handles.  Whatever the specifics in each case, the increase in poverty and inequality, since 2010, is bound to have contributed to levels of desperation and petty (or not so petty) crime. Deep cutbacks to police numbers and to other public services have made things worse too.
Thankfully, we have had excellent care and attention from everyone today: the police,  the insurance company, the emergency locksmith... and friends and family.