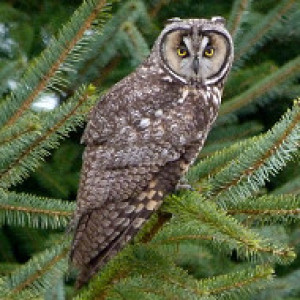 My backblip of the Brown Kiwi is here.

The Stewart Island Robin is a subspecies of the endemic New Zealand Robin, found only on Stewart Island. Unlike its cousin the South Island Robin, the geographically isolated and less numerous rakiura subspecies has struggled to maintain a stable population in the face of habitat loss and introduced predators. Breeding populations have been established on predator-free islands like Ulva in an effort to stave off potential population crashes in the future. One place you are likely to see them on Stewart Island is the walk from Freshwater to Mason Bay, the route I took to go find the Brown Kiwi this weekend.

I was able to see the robins both on the way in and today, on the way out. I found the one above just a kilometer away from the Freshwater Hut, the end of the hike where we would be picked up by the water taxi. I had hiked out of Mason Bay with another American backpacker who was bird-clueless, so when I spotted this one hopping behind us on the trail, waiting to forage the bugs we'd stir up with our feet, I had to stop him and point it out.

He said, "Oh yeah? Guess I should take a picture of it then." He raised his point-and-shoot and waited for it to look photogenic.

It's tremendously rewarding for me to know about the elements of the environment through which I'm traveling. Where one might happen to notice a nondescript gray bird flitting about the bushes, I find myself being approached and assessed by a very special animal, a bird hanging onto its existence in this and a few other valleys by a tenuous grip. A bird that flew here from Australia long long ago and evolved into its own species, one that is now unafraid of people, having learned from tens of millions of years of a predator-free existence that nothing will hurt it.

While he was waiting for the robin to stop popping around so he could get a photo, two more birds hopped down onto the trail, opportunistic as the first. "A rare bird, huh? There's three of them right here!" We laughed. Admittedly the appearance of these two did not exactly back up my claim. What it did indicate though is the importance of this valley as a stronghold for the species. Though not their preferred habitat on Stewart Island, the robins now find the greatest breeding success in the lowland areas, where the land is sandy and swampy and frequently submerged in floods. They are here because this is a place where the introduced possums and rats who kill and eat the birds or their eggs still don't go.

Looking down at one of the birds I remarked to my hiking partner that it might very well be the last one I ever see, this Stewart Island Robin at my feet. He didn't seem particularly impressed by that notion, but I was quite caught up in it, as I have been with many of the birds I've been able to see here in New Zealand. I made a mental note of the shape of the feathers of its small tail, its pointy wings. Its tiny round body. The tense and inquisitive look in its round black eyes, gazing up at me.

Etching into my memory this exceptional fluffball of a bird.