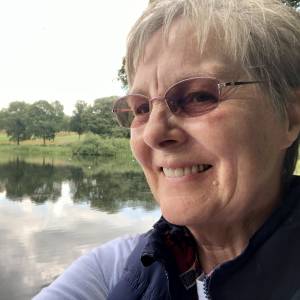 The reason for the season

On this date a year ago I was in hospital for my second operation in 6 months.
It has been quite a year since then.
Stephen being rushed into hospital just 9 weeks after that on 4th February for an emergency operation that saved his life. Then his second operation 4 weeks ago last Thursday to reverse the stoma.
We are so aware that many people out there live with a stoma permanently, and he himself is so thankful to the surgeon who performed both his operations.
It has felt like a year of recoveries and waiting.
I am so thankful for many things today that have helped us both.
Thankful
To the surgeons and nurses
Ambulance crews
GP’s.
Friends who go on giving support.
Family on FaceTime
A warm welcoming home
Food
Fresh air.
Lovely walks around the area.
My garden.

The photo is our family tree which our daughter-in-law gave to me as a gift several years ago.
She had it made specially.
It includes our Matt, who died in an accident aged 30 in 2006.
And our 16 year old cat Tiger, who is no longer with us since October 2018.
He was so special to everyone who knew him. (Our 5th cat from Cats Rescue). We did not have another one after him.
We will miss them all this Christmas, given the current state of the Covid saga. Although we have been given an amnesty we are unlikely to travel, and vice versa. Our son being extra cautious with his dad having had two stays in hospital already. The first one began in Intensive Care..
So Advent is a time of waiting.
Waiting for the arrival of a small child promised, who would become the
Light in the Darkness.
A time for reflection and hope.
A time to find ways in these times of restrictions and regulations, to connect with others to encourage and support in whatever way is possible.
Letters and cards
Food banks
Homeless charities
Local Charities

Every little thing which says “You are not forgotten” helps.
I know as we’ve been on the receiving end many times during the past 12 months.