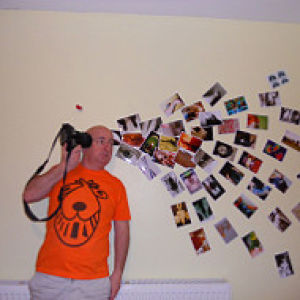 A Life in Films

Around Southwark there are a number of old Victorian buildings that herald back to the manufacturing base of London. Most, if not all have gone, and the only legacy is the proud signs that adorn a few survivors. I do have a slight fascination of these old signs, that become weathered and hark back to more creative days. Though the making of tin boxes and metal boxes was probably quite hazardous !.

Barclay and Fry Ltd. was founded by Robert Barclay and John Fry in 1855. They were settled in London and later in the Grove at Southwark.

Originally the company produced bills for the Barclay bank. In 1875 they patented a process for the offset printing of images on tin. In 1877 they sold the patent to Bryant and May. The patent expired in 1889.

It seems that some time after that Barclay and Fry started printing on tin. Well known is a biscuit and food tins , and many of their boxes have become collectable items.

Barclay and Fry along with a few other smaller box companies were amalgamated into the Metal Box Ltd just after the war. see Subsequent takeovers