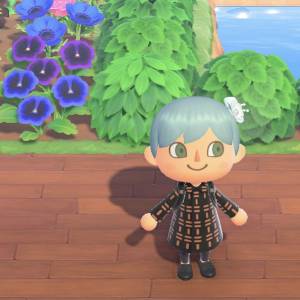 I bought these in Lanzarote in January last year to match up with a pearl necklace that my hubby had bought me many years ago, but they proved difficult to match in colour...these however, were perfect....I even managed to get some larger plastic ends to make sure that they don’t fall out too....

A fairly quiet day wrestling with what we are now allowed to do in terms of meeting family members outdoors from now on...it’s been a bit confusing trying to understand exactly how many people can meet...as the web site said two from two families but what does that mean?  Is it just two people but each from different families?  We interpreted it as being only one of us could meet either hubby’s step daughter or her partner alone...but not the two of us together and not them together.....it it has now been clarified and basically it means that hubby and I can meet up with my step daughter and her partner together...but only them that day.  We will have to meet them all one at a time during the week at least over the next few weeks, possibly months.

Hubby set up the lighting for his new display cabinet and all of his various bits and pieces are now installed and looking very good.

I bought some new sheepskin boots toy replace my rapidly failing old ones and decided to go back to the same company I’d used about 7 years ago as the boots were fab.  I got the new ones this week and initially they were fine but as I wore them around the house they rubbed my ankles really badly.  I contacted the company and they made a few suggestions as to what to try and soften the back of the heel but nothing worked so they are accepting them back as a return and I am hoping to order some replacement ones in a bigger size.  They were incredibly easy to contact and very quick to reply to emails so I’m really happy to use them again.