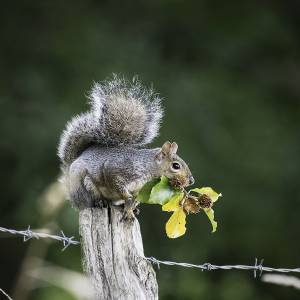 I last photographed this stag in 2016. He's in an area that I have not spent much time in for a while. A friend of mine caught a fleeting glimpse of a stag in this area last year and managed to get a couple of snaps of what he described as a very large stag but due to his antler growth and the fleeting nature of his sighting was unsure of his likely age.

We discussed it and wondered if it could be one of the older stags with his antlers starting to go back. We had a look for him but as they do he had disappeared ghost like.

The opportunity arose today for us to have a look for him and low and behold we did in fact come across him in a clearing.

I was amazed to see that it was the mature stag I last observed in 2016 rutting nearby. Against all odds and father time he has manged to survive. He bears all of the hallmarks of a stag in his twilight years, a slight limp, antlers most definitely on the wain  but he is still magnificent and a real cause for celebration that he is still alive in an area were very few stags manage to reach such an age.