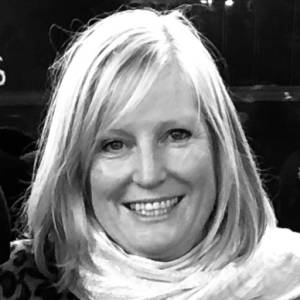 Feeling a bit rebellious on this first day of Spring (according to the meteorologists anyway) so decided to postpone my 'to do' list til later and instead head off on a lovely dog walk first thing. Weather was cool, clear and sunny - a great day for a hillwalk.

Decided I should join in a challenge now I'm a serial blipper (!) so I’m giving Monochrome Monday a go! Thanks to isbi and Blackheath Blippers :)

This fox is sculpted out of a tree trunk which has been left standing in the wood. You have to look up to see it. I use the fox as a waypoint/marker - we headed back once we reached it.

I chose it as my blip as I like the way the light reflects off the carving marks, giving the fox's fur some texture. Also I think the medium of black and white works quite well to contrast the different tree barks.

Daisy kept the fox theme going by finding some fox poo and rolling in it before heading back to the car!!

Anyway, hope you had a light filled day too and special shout out to any Welsh followers! Happy St David's Day...