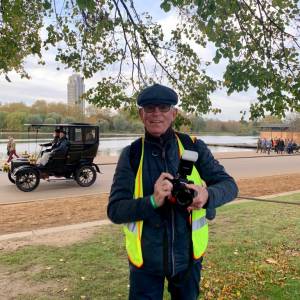 A pal went up to Columbia Road flower market last weekend. It’s something I have never been to and so as I woke up early this morning I grabbed my camera and went.

I had read that you need to get there early- I arrived at 7am and they were already trading. Two women were buying an orange tree. “They’re from Italy” the vendor said by way of making them sound exotic. “But don’t worry, they’ve all got passports” he joked. It made me chuckle. He probably trots that one out dozens of times each day.

I was away after half an hour with a big bunch of flowers. Apparently if you go around 3pm they are selling them off cheap. Must try that one day.